The Capricorn Full Moon Lunar Eclipse: The Birth Of The New World and New You.

“Forget not that the earth delights to feel your bare feet and the winds long to play with your hair. Out of suffering have emerged the strongest souls; the most massive characters are seared with scars. Ever has it been that love knows not its own depth until the hour of separation. Let there be spaces in your togetherness. Yesterday is but today's memory, and tomorrow is today's dream."
― Khalil Gibran

Can you feel the call of the new world birthing within you and around you this Capricorn Full Moon Lunar Eclipse?

This is the extra push we have at the end of this season (eclipses usually come in pairs two weeks apart) this one is a third... and we all know 3 is the magic number right?

Not only that but that this one is so BLESSED that it even renders Mercury Retrograde speechless!

Mercury Retrograde in Cancer is pulling us deep into our mother wounds, but it’s also making a harmonious aspect to Uranus in Taurus.

Breaking us out of generations of shame which has kept us from shining in our own unique and individual right.

Get ready to be catapulted (actually more like divinely guided) into the heart of the lunar eclipse!

This one marks an era where we can finally get to the top of that mountain, show up and shine!

Sirius shines 23 times brighter than our own Sun so maybe now you get a glimpse of why I am talking about!

Right now we are vibrating at a much higher level than we’ve seen for the whole of 2020.

Now is a time where it's so much easier to come into alignment with the reason you were born - even if with all that's been going on, it hasn’t felt like it!

The external world may be taking a while to catch up, but what about your internal world?

Are you feeling it?

How exciting is that? Can you feel it? As an example, here’s how it’s playing out for me:

To learn how to make your birthchart (and with Tarot) click here.✨

Eclipses mark endings and beginnings and just when the caterpillar thought the world was over, it became a butterfly …

Divine timing has marked this new cycle for me as the onset of perimenopause which has been a BIG wake up call….

All the things I swept under the carpet rose like a tsunami 🌊 to engulf me.

FEAR that it’s too late for EVERYTHING

FEAR I am in for a hellish initiation into cronehood like my mum had.

FEAR it’s too late for me to get ANYWHERE with ANYTHING -PERIOD. - Scuse the pun!

FEAR I’m going to be a right rabid biatch to my hubby for the foreseeable (or anyone else who gets too close to this fever pitch wild 😜 animal for that matter)! 😳

You see, once upon a time there was a little girl who dreamt of being psychic - and being famous.

While most girls were dreaming of their future husband, she was dreaming about uncovering the mystery of life and sharing it with the world.

She started young, this lil Leo!!

Charging her grandpa’s staff 20p for the pleasure of spending their lunch break watching her shows - which of course they loved to do! 😂

As she grew up she began to feel shame for the labels she acquired: weird, crazy, a rebel and attention seeker.

But her dream, did it come true or not?

She ended up a psychic, published author, won awards, and one day she saw an ad for a TV channel looking for psychics, and boom she walked in and got it, on the spot!

But it wasn’t long before she realised all that glittered wasn’t gold.

Being told what she could and couldn’t say only enhanced the feeling of shame.

She was playing right into everything she stood for the re-education of miseducation of what is “super-natural”.

It was like being inside a pressure cooker that made her want to SCREAM until she said ‘ENOUGH!”

There was nothing for it! If she wanted the world to understand she had to stand for what needed to be understood.

So with no safety net she leapt into her own biz on the re-education of miseducation and called it "The Transformational Truth of Tarot".

Over the past 6 years she’s watched this baby grow.

She's noticed that like a baby it struggles when it’s mum does, or when it’s told it has to do it this way instead of it’s way.

When it plays the "when then" or the "one day" game.

Now that little girl has reached the onset of the menopause.

At first she grumbled about how it’s so unfair and now it’s too late blah, blah, blah, and then she realised how bloody lucky she was to have this wake up call.

So she sat down and had a good ol chinwag with the wise old crone spirit of menopause, which went a bit like this:

“Have you been living a life in alignment to your purpose?”

“Have you played at it or been committed to it?”

💃 110 flipping percent YES! I’m not great with giving up! Oh but I am great with self sabotage! Hmmm ok, maybe not, maybe it’s more like 66%! JEEEEEEZ!

“Hmmm, okay lets put it this way have you been shining or hiding?”

So if it really was too late would you be able to look back and say you made the most of your God Given talents or not?

The end. Or should I say, the beginning ;)

I am not just a Leo Sun, I am a Cancer Moon too, and there are many layers to who we are.

Now, at this very moment we can ascend through the layers with massive support beaming down from the universe.

Allow these gorgeous new ripples to bubble up inside you.

The bliss of the new world to enter your veins from what has been a deep and intense cleansing for the last six months.

We are cleansing and emerging into the new world, and as we do so …..

“Forget not that the earth delights to feel your bare feet and the winds long to play with your hair. Out of suffering have emerged the strongest souls; the most massive characters are seared with scars. Ever has it been that love knows not its own depth until the hour of separation. Let there be spaces in your togetherness. Yesterday is but today's memory, and tomorrow is today's dream." ― Khalil Gibran

If you feel the call then now’s the time to tell you that I am preparing to open my “in person” doors to you again with two major events in October.

The Boleigh Fogou, Michael Ley Line and stone circles (one of which is made of quartz). These are unfathomable energies, all we know is...

People leave different, transformed, a page has turned, a new chapter opens and a new life has begun. Rosemerryn calls to your soul, again and again to experience the magic, mystery and wonder within themselves as well as the land .

I have run retreats here for 11 years and never ever known someone not to love it!

If you get lit up by the thought of fairy glens, stone circles, witchy friends and Tarot then you will too! 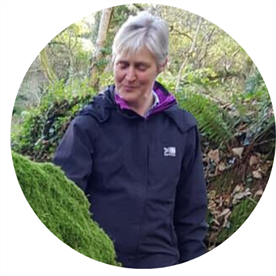 “Words cannot convey the emotions experienced! I felt at home from the start, meeting my fellow sisters that I had been journeying with was profound, the strength of connection and depth was everywhere, I felt like I had come home, and I came away with so much more confidence in myself and my abilities.”   - Susan Breakenbridge -Scotland 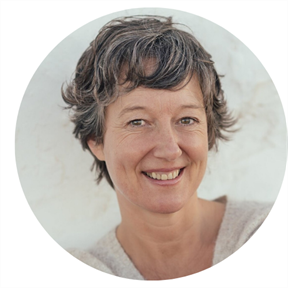 "Never before have I felt such profound healing from land. The energy of the house is so powerful I ended up manifesting exactly what I intended on the very first evening together. My only unfulfilled wish is that it could have been longer!“  - Sophie LeFevre, Belgium.

“I know “reborn” can seem cliche but it’s a truly apt description in the transformation of shedding anger and baggage I have carried for years. Plus it didn’t leave me when I left. I’ve had a genuine life-changing profound sustainable transformation. I had to fly from the USA to be here and I'm so glad I did”  - Tim Toma - USA

Bath is a world heritage City made famous by the Roman Baths and Jane Austen.

I’m blessed to also call it my home. The Camelot-like architecture of the city shines like the jewel of Somerset itself.

It's not just the home to the Roman Baths, Jane Austen, or where Uranus first spotted. It's also home to Sulis, the Great Celtic Goddess of the Sun and healing waters.

The Roman Baths are way more than an ancient glorified Leisure centre.

They are a sacred temple for healing and divination dedicated to "Sulis Minerva".

A blend of the great Celtic Healing Goddess and the kick - arse Roman Goddess of Wisdom!


IS THIS FOR YOU?

If you would like a chance to play The Gold Award Winning Transformational Truth of Tarot Game Changer with it's founder (me)! So you can find the answers within to take inspired action on your 2020 vision before the year is out, and through fun and laughter and making new friends... Not forgeting the chance to spend an enchanting weekend in Bath, and a grand evening in the Royal Crescent! 😱

🙏 If we have to cancel anything you have paid to secure your place will get refunded or transferred.

🙏 If you book both the retreat and the Bronze VIP weekend upgraded to Gold!

🙏 On the all rooms will have single occupancy (which means we currently only have 3 places left) - Book now to spread the cost over 3 months.

🙏 All retreat bookings get a 22 day group course in Transformative Tarot and a Diploma 1 Accredited Certification.

The new world is blooming and here’s to seeing it blossoming with you this October :)