It never ceases to amaze me how divine timing plays out.

That’s why I have never been one to plan my life around the stars. Whether that’s Tarot, Astrology (or celebs) - if you want to get out of alignment there’s no faster way then that!

The only choice is how we deal with it.

Do we get sucked into the propaganda, get angry and destructive (in an attempt to be constructive) , stick our heads in the sand…

Or find the sweet spot of the serenity prayer? Today my mission is to help you find your own inner balance in these passionate times.

That may mean disconnecting from the outside world to find yourself first yes - but if you lose yourself what good are you going to be?

I was 10 when I complained that my uncle had the news on. He lectured me on how it will be essential to me as an adult. I looked him straight in the eye and told him I will never watch the news because it assaulted my soul (yes I have always been a bolshy Leo). I knew he didn’t believe me, but I believed me. I may have broken other promises (like I’ll never eat vegetables) but little does he know I have kept that promise.

It’s not something I shout about due to getting called cold, uncompassionate, ignorant or irresponsible. It's happened so much it actually turns this bolshy Leo into a cowardly Lion. The thought of putting this out there in a blog, and at the same time, I feel it's in universe’s guidance to build on my last blog entitled:

What’s for the soul won’t pass the soul.

And no this part 2 wasn’t part of a bigger plan, (at least not mine).

It is okay to not assault your soul with the addictive, toxic compulsion of the media. What’s for the soul won’t pass the soul.

I've lived on this planet for 42 years without watching the news or buying the papers, I'm not dead, and i'm not in jail for ignorance. “Ignorance of the law is no excuse” is a convenient quote for the powers that be).

I have slipped at times - but not for long as I felt my soul in jail. What’s for the soul won’t pass the soul.

I know what I need to do for myself and others to play my part in keeping the spread of Covid down.

I know about Geroge Floyd. I know how people of all races are coming together to show solidarity about how the atrocity of racism has to stop (which makes me well up with emotion).

I know this eclipse makes for passionate times - times where we are so attracted to “come together” that we can lose our heads quite literally with “Covid”.

I’ve seen people fight the very thing they’ve hated so much they became the perpetrator of the very same behaviour.

I’ve seen them consumed so much it's ripped apart their lives, loves livelihoods and the lives of their offspring.

People in pain cause pain - the wounded raising the wounded I refuse to be one of them as much as I can.

Even if the current happenings are “orchestrated” by one big governmental game I know there’s an even bigger one at play - and that is what I align to.

We have a choice to be the angry victim or the graceful warrior. In the past I had a tendency to swing from sticking my head in the sand to angry victim (depending on how sucked into the system I got).

Sticking my head in the sand had some magic to it I must admit, but being the angry victim and leading from hurt never did.

Often people ask me “Tiff, what do I need to do this Full Moon/Mercury Retrograde…”etc?

My answer is nothing that isn’t already in your mind, heart, plan or flow. 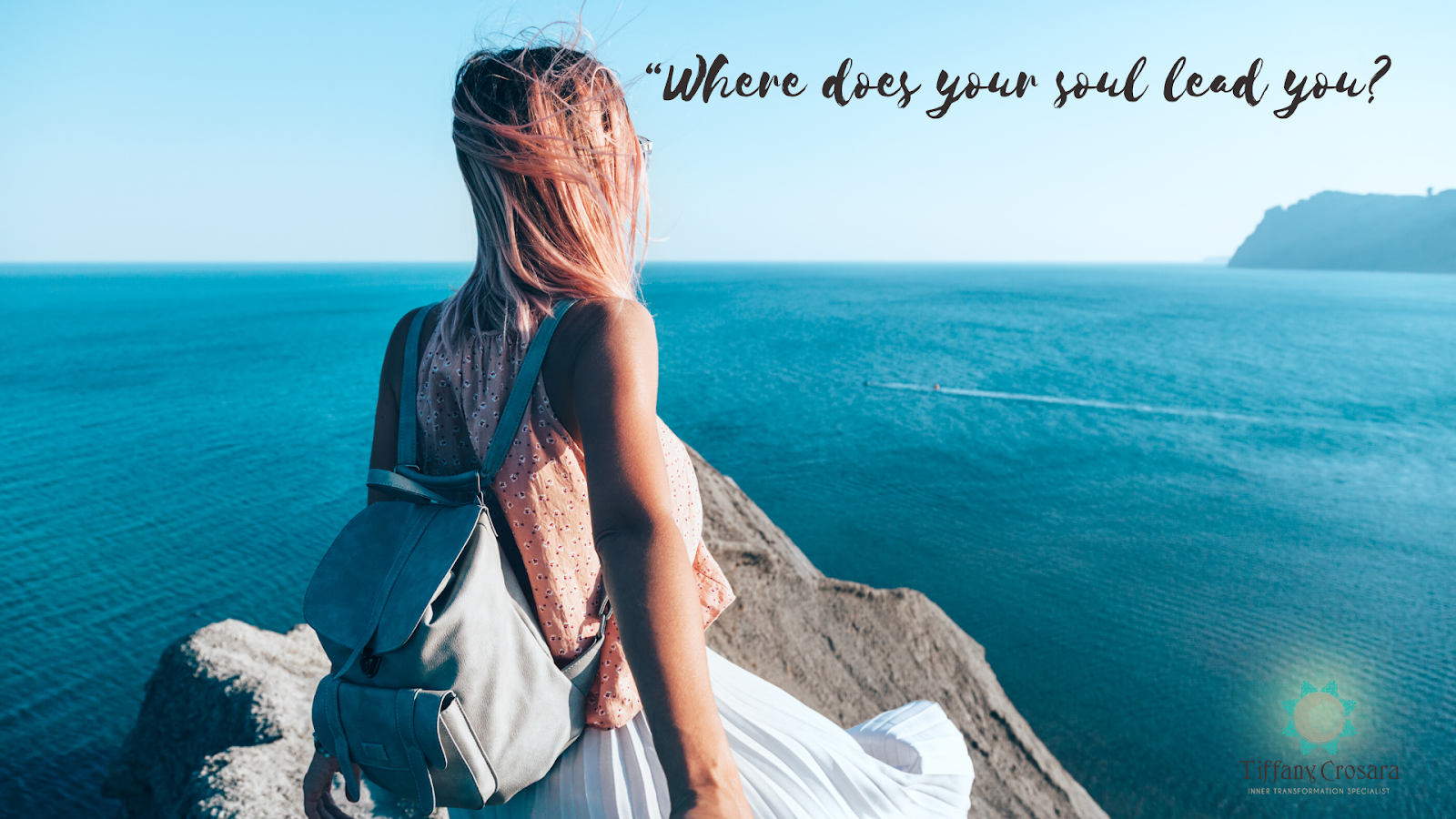 Don’t cancel your flight because it’s taking of at the time “Mercury goes retrograde”.

Get on that plane with your eyes wide open for the experience will teach you something.

Don’t cancel to meet the mate that triggers you for coffee because you realised the Moon is full in your sign.

Grab that mocha and open your gob- the experience will teach you something.

Live life in YOUR flow, that’s how you do yourself and the universe proud - you are the universe, that’s why the word sounds like YOUniverse.

If it’s in your mind, heart and soul to be fired up and angry, feel it.

Feel it with your whole being, intend it to inspire you to follow your purpose, to charge up your super gift. For God's sake let it lead you from the heart rather than from the hurt.

One of my superpowers is planning things on dates I have no idea of the significance of because I am naturely tuned in to the rhythm of the universe. I love this because it tells me I am always in the right place, doing the right thing at the right time.

And I know this is not just my superpower, it’s yours too. If you aren’t seeing it then you're a little too caught up with the complexty of the outside world - feeling like you have to be more, do more, push the river along.

When all you have to do is “Coddiwomple”

Go with what’s in your flow and see the magic flow.

When we have an intuitive moment, we feel foolish.

I'm talking about when we actually feel like we made an oops upside your head mistake. But, actually, we didn’t.

We made a “divine intervention” and judged it to be a mistake. 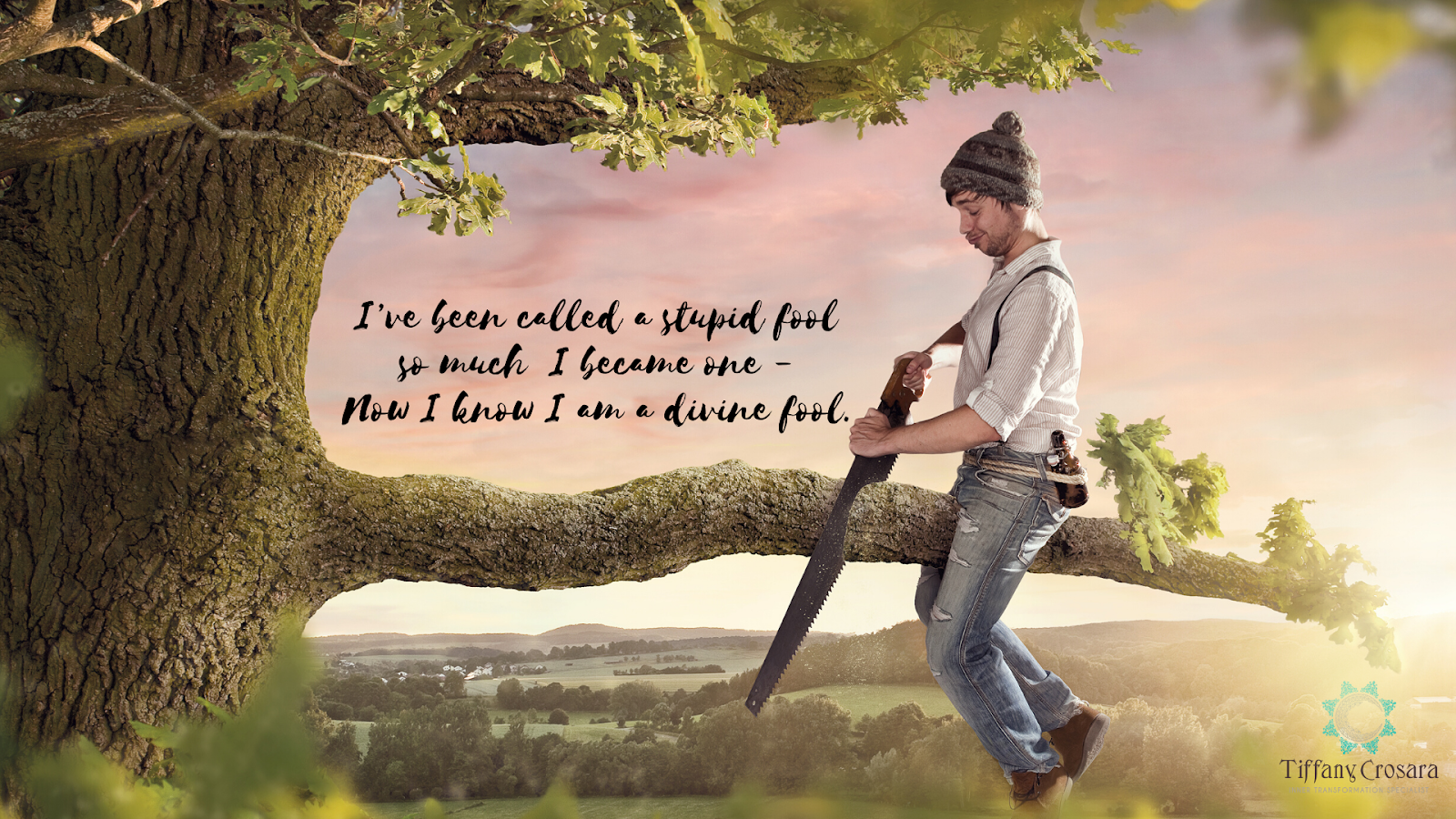 They are like the time that I got confused about how many attendees were in a workshop.

I told the attendees we were waiting for one more, then realised that person had booked on another day.

Oops! Do I admit it and look a Fool? Or play along? I played along and went to the front door one more time to check.

There was a person waiting outside, someone who booked but slipped through the system, she became one of my best clients.

Or the time I put tweezers in my overnight bag thinking “why? You’ve just had your eyebrows done!”

Only to have a friend ask me if I brought tweezers for an emergency she had.

Or the time I wondered why I was packing two swimming costumes and hairbrushes when driving my step daughter hours away to a spa - turns out she forgot both.

And the BIG problem with this is: “The more intuitive you are the more shame you will feel”.

It’s those times when you feel like the greatest fool, that you’ll have your greatest breakthroughs. And it’s those times that are the most important for not judging yourself - and it’s not always easy. You don’t function like everyone else, you don’t make sense to yourself, let alone the world. And it’s time to be okay with that.

It’s important to stay awake to the shame you feel when you don’t understand why you are or aren’t doing something. And particularly when nobody else understands it either. Stay awake, dose yourself up on self love remind yourself that it's okay. You are being divinely guided and it won't make sense right now.

Release the judgment on yourself, go with the flow, and trust it will all become clear in divine time.

Embrace the “super”- “natural” within you. Embrace who you are in our divine right, the weird and damn right wonder - fool.

That’s who you are as an intuitive:

Weird (which means connected to fate) and Wonder (inexplicable) - fool (a person devoted to a particular activity).

The activity we are talking about here is evolution, when we do that, the whole world heals. That's how shame is replaced by self esteem.

I know what it’s like to feel shame for who you are. I’ve been judged as a stupid fool so much that I became one.

Put me in an archetype test and I’ll come out the jester every time - but now I know I am a divine fool.

There’s no other archetype that is so able to channel the divine like the Fool - not even The High Priestess or The Magi.

The Fool is pure, like the child, because his ego and identity has not yet taken up the space.

Once upon a time I planned my first past life regression workshop (unknowingly) on Easter Monday - what an apt date for a Past Life Regression Workshop! I left that company for a few years and when I returned for my "reincarnation" or second life there I did EXACTLY the same thing again!

Back at the beginning of the year I decided to do the next run of Zero To Hero (my 22 day program based on the Fool's/Hero’s Journey) on the Summer Solstice. It was a significant date (I was aware of!) around the right time for the flow of my plans for the year.

Which meant this blog would be the one to launch the earlybird for, so this morning I started researching the upcoming eclipse cycle - I went to:

The June full moon lunar eclipse at 15º Sagittarius brings you a Herculean task!

2. To The Astrology King and saw:

“The lunar eclipse is conjunct a major star in Hercules Constellation”

3. I went to Astro Butterfly and saw:

“This Full Moon / Lunar Eclipse is square Mars, so it triggers the Sun-Mars square. A metaphor for The Hero’s Journey.

This first Sun-Mars square (which occurs on June 5th, 2020) is when the hero leaves the “familiar world” and crosses the threshold to the “unknown world”. This phase of the Mars cycle is when the hero is the most vulnerable. This is the Victim state of the Hero.

That’s why right now, at the time of the 1st square, we’d better get ready. It’s time to draw on our resources, find a mentor, and ask for help. Which internal resources can you capitalize on to get ready for the “battle”? Which skills do you still need to master?”

What’s for the soul won’t pass the soul - the only choice is whether we meet what stirs in our veins as an angry victim or a graceful warrior. Eclipses herald powerful endings and beginnings - It's time for your evolution into your second life.

The last time we had eclipses on the Gemini/Sagittarius axis was from 2010-2013. Take a look back at what happened for you then - that Hero’s Journey is now complete. It’s time to rise from whatever was making you an angry victim then to becoming the graceful warrior now.

For those of you that don’t Joseph Campbell’s Hero’s Journey here it is:

So what happened for you between now and 2010?

What is your hero’s journey?

What have you overcome?

Where have you moved from breakdown to a breakthrough?

What are the core lessons you learnt?

What’s been your biggest a-ha moment?

How has it shaped you?

What is your message, movement or mission?

What are you to stand for?

Time to find out?  Welcome to The Hero's Journey!