Some say this Monday 20th July is the second Cancer New Moon this year, some say it’s the first.  Some say there is only 12 star signs, some (NASA) say there is now 13 and our zodiac is actually like so:

I’ve been asked a few times this week what my thoughts on this.

My knowledge is in the challenges intuitives face and how to overcome them - and the vehicle I create the change with is Transformative Tarot - which differs from predictive - stay tuned to get a glimpse of what I mean in my next blog, but for now...

Astronomy and Astrology are not the same thing.

What is the same thing (according to Dion Fortune occultist of the 20th Century) is Astrology, Tarot and Kabbalah:

“Astrology, Tarot and Kabbalah are one and the same system and each are incomprehensible without the knowledge of the other” - Dion Fortune

Do I completely agree with her?

No, hence not seeing myself as an expert in Astrology, and definitely not in Kabbalah, but I get what she is getting at.

All three systems are universal languages and align with each other so the more you know about all of them the more you will know!

But isn’t that’s the same with everything?

You don’t need to know everything before anything makes enough sense, life is for living right? Particularly in 21st century, whose got time for that?

No, you don’t have to understand astrology, tarot, or kabbalah to understand life, in fact getting caught up in them can have the opposite effect.

It’s like getting in a vehicle to go somewhere, then getting out of it, opening the bonnet and deciding you need to learn how it all works.

I call this “getting caught in the mechanics”

A lot of my clients are in recovery from doing this very thing.

Parked up for years, thinking they just need to understand how that aligns to that, when all they needed to do was get in the car and drive - I help them do that.

So I won’t spend too much time getting caught in the mechanics today.

But, hey ho let’s clear the Elephant in the room:

Ophiuchus, he was always there on the zodiac belt, but never included.

It is interesting that NOW in what has been a MONUMENTAL year he is “SUDDENLY” here - except it’s not sudden, it’s always been the case.

He has come under the spotlight because of the procession of the equinox which takes around 2000 years to shift round.

Over time I expect he will make his presence felt but does it mean we've changed star signs over night?

Think of your loved ones, read up on their starsigns for where they were and where NASA is saying they are now.

You will see that it just doesn’t gel.

Can you see them swapping fine wine and classical music and for headbanging beats, daredevil stunts and red bull?

No. The only red bull they will be is the tasteful fine wine kind!

The sun has always shone on Ophiuchus for 18 days of the year. The fact it’s coming to light now means something and particularly for those born in those 18 days.

So what does it mean? Ophiuchus means “serpent bearing” and wrestles a serpent finally cutting it in half.

Now we have addressed Ophiuchus, let’s address this New Moon in Cancer - some say this is the second new moon in Cancer this year.

Which is also odd, there is usually only one new moon in each sign a year.

I saw the last one on June 21st in Gemini - but that was odd too, because around the solstice it’s normally Cancer. So everything seems to be shifting around a degree or two and making the world spin on it’s axis - and it’s all part of the divine picture.

So how do you live in harmony with the divine?

Always tune into what feels right for you.

It feels right for me to see this Moon as a second one in Cancer.

It feels like we are rebirthing a new world in waves and Cancer is the watery mother.

Cancer rules the Moon, and the Moon is new, we are birthing and rebirthing.

However, Saturn in Capricorn is opposing this New Moon.

There are momentous shifts going on this year, and restriction has played a massive role in the rebirthing.

This New Moon it’s no different, we have the Cancerian Mother about to give true birth after false labour a month ago, but fatherly and authoritative Saturn is in the labour ward with her telling her to cross her legs!

How much longer can we be held back?

Nature always wins, and it's going to be mega painful, but so worth it.

When the waters break of the Cancerian Mother a tidal wave will break the outdated, outworn, oppressive systems and wash them away - water is the strongest element on Earth - Mother Earth.

Where are you feeling the change?

What systems have you outgrown?

Where do you feel the unstoppable tidal wave of obliteration in your life?

Who are you becoming?

What and who do you stand for?

I have my moon in Cancer, and it’s playing out for me with a lot of hard work to formulate a new system for my new world - I feel it keenly.

I looked up my *Tarotfeely for 21st June, when the so called first New Moon in Cancer was.

*Tarotfeely is where I sit with an unknown card between my hands and ask for a message).

- I always write the card next to the message, but that day, I’d forgotten to do so, I guess I trusted i’d been given all I needed - the mechanics of it weren’t important.

Looking back a month on has the divine given me all that I need?

In my next blog I will show you what it looks like to get your head out of the bonnet and on the journey of transformation.

So are you ready to buckle up for the ride? Wishing you a wonderful New Moon,

Her first book, ‘The Transformational Truth of Tarot’ won the Best Spiritual Book of 2012 which opened up her international speaking live TV career- a string of awards followed, from best Newcomer TV Intuitive to Scholarship Awarded Coach.From Inspiring Human Potential to Helping People Make Better Choices. From Iconic Woman inspiring and Empowering Women to Gold Visionary for her product "The Transformational Truth of Tarot GameChanger".

But she felt like all this success was "happening to her" from the outside, like a dream, It didn't feel real.

In 2016 - what she now calls the 10 Symptoms of "OUT -TUITION" ripped her life apart and the real epiphany happened, a powerful and insightful journey of three years began saving the things in her life of value both personally and professionally.

This is when she realised WHY intuitives have the challenges they do around receiving in relationships and from their passion fuelled purposes, it all comes down to using their intuiton as OUT-TUITION!

If you would like to fire up your intuition, relationships and passion- fuelled purpose and you are ready to do the work to make it happen you can apply for your free non -obligatory assessment with Tiffany and 3 step action plan to fire up your INTUITION below:

Apply for your Free Fire Up Your Intuition Session Here ✨

“I’m so lucky I found Tiffany! A repeat pattern from my childhood had me stuck going nowhere and I didn’t believe I could change it. I’ve broken the cycle and got way more than a high level of high self esteem. My vision became clear and my life is now full of unconditional love, laughter, excitement, courage and most of all peace. I’m living my soul purpose teaching spiritual practices around the world and have made friends with a lot of interesting people, some celebrities too!

I found myself, my freedom, my independence, my creativity (I started to draw for the first time since I was 4) I ran a marathon, left my marriage, sold my home, started a relationship my boy and I am truly happy in. My stress and worry levels disappeared and the weight of the world has been lifted off my shoulders. The journey I took with Tiffany has been so epic I wrote a book about it!

Tiffany will push and pull you. She’s very real. She shows up and boy does she know us, but most of all she lets us be known. A year on I not the person who went from one abusive relationship to another. I read Tarot professionally, have qualified as an accredited life coach, hypnotherapist and NLP practitioner. I have started my own business “Empowering Your T-Ruth”. And I’m writing a Tarot novel! I am in isolation undertaking chemotherapy. A year ago this would have destroyed what was left of me a year on, it’s making me. 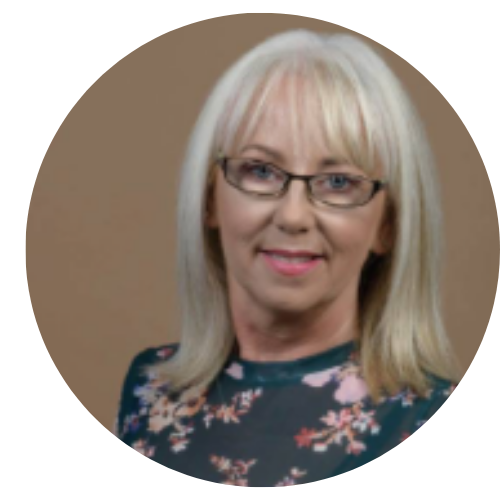 My daughter’s anger was having a detrimental effect on my life. l thought I needed boundaries but in the early days working with Tiffany I realised it was quite the opposite. My relationship with her healed - and quick! She said to me “I have my mother for the first time in my life!” Constraints in my life fell away and I launched my own business called ‘Women Embracing Change” (funnily enough)!

I had so many problems with my relationships and self worth and worst of all. I was passing them on to my daughter. I had a calling to earn a living through Transformative rather than predictive Tarot. I had every confidence Tiffany was the one to help me with it all. She clearly knows her stuff. She didn’t disappoint. She came with some very real, very raw truths which helped me understand so much more about who I was and why I had been struggling for so long. Tiffany was there every step of the way. I had solutions for the first time! I received more than I expected. My relationships changed, and now I feel worthy and courageous enough to go for what I want. I am at peace with myself, my relationships and earning a living from my dream of being a Transformative Tarot coach! It’s 100% worth it and more!

Tiffany is a fantastic listener, you feel her completely focusing on you, she allows you the space to be real and vulnerable with her, and she will be the same with you, she has changed my life in countless ways with just this one skill!