Today, beautiful divine intuitive being, see me as your genie. Big, bold and blue! :)Comin right at you with one magic wish…Because today, your wish is my command. 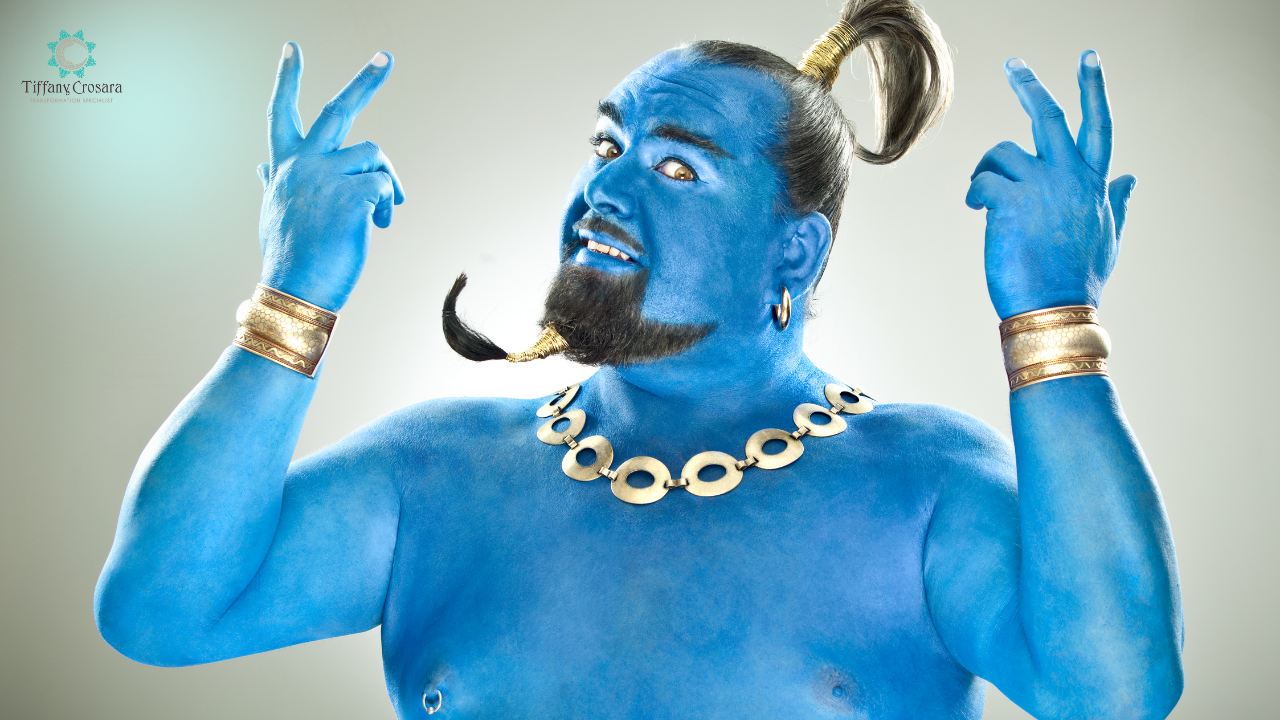 But let me tell you something. You don’t need to wait for the magic genie, the magic is not in that wish to have more. The magic is in WHO you are being, right here, right now.

There’s a powerful question for manifestation I teach to my students.

But that question sets them off on a journey that literally brings them to their knees before they can activate the magic. 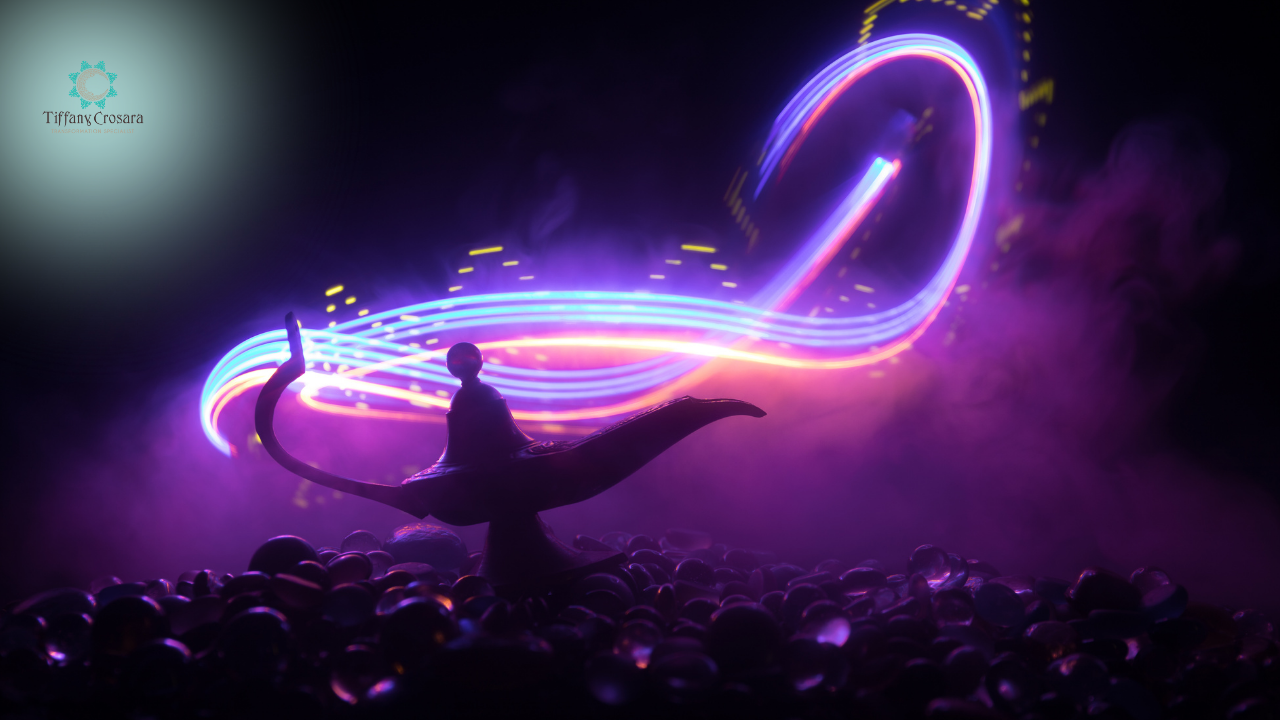 When someone asks us what we want it sends us into a spin.

Particularly intuitives, because in my experience intuitives were brought up to be needless, wantless anti dependents.

So intuitives grow up so disconnected from their own wants and needs that a seemingly simple question like “what do you want?’ renders them speechless.

Then comes the challenge of asking for it.

Oh my! Asking for it hardly ever happens. What happens instead is repression, and then trying to gain control in a way that screams “ I don’t trust I’m going to get what I need because I never have”

It’s one of the saddest self fulfilling prophecies and stories of the intuitive being. 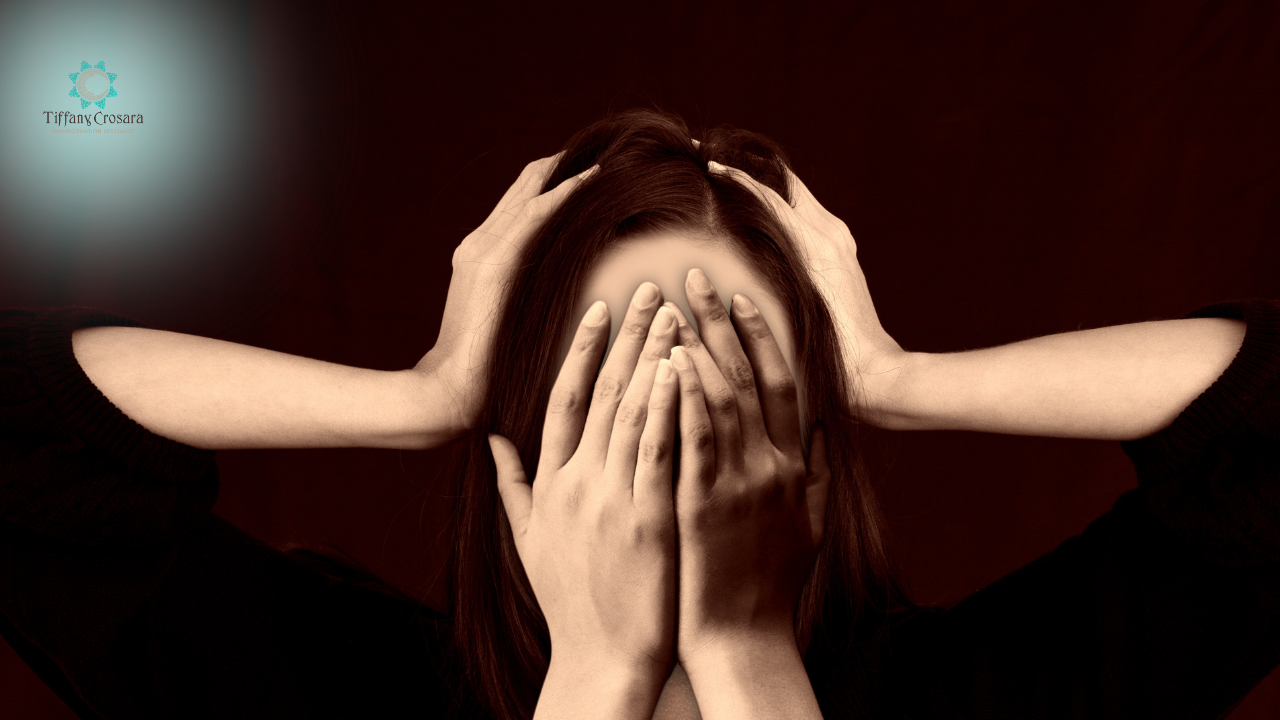 So what is that question?

It is a million dollar question, but I don’t mind telling you now, because you need to see it, to get what I mean - and often you’ll need my help to get you there with it…

"I would really like (insert END result) how do you see that happening?” 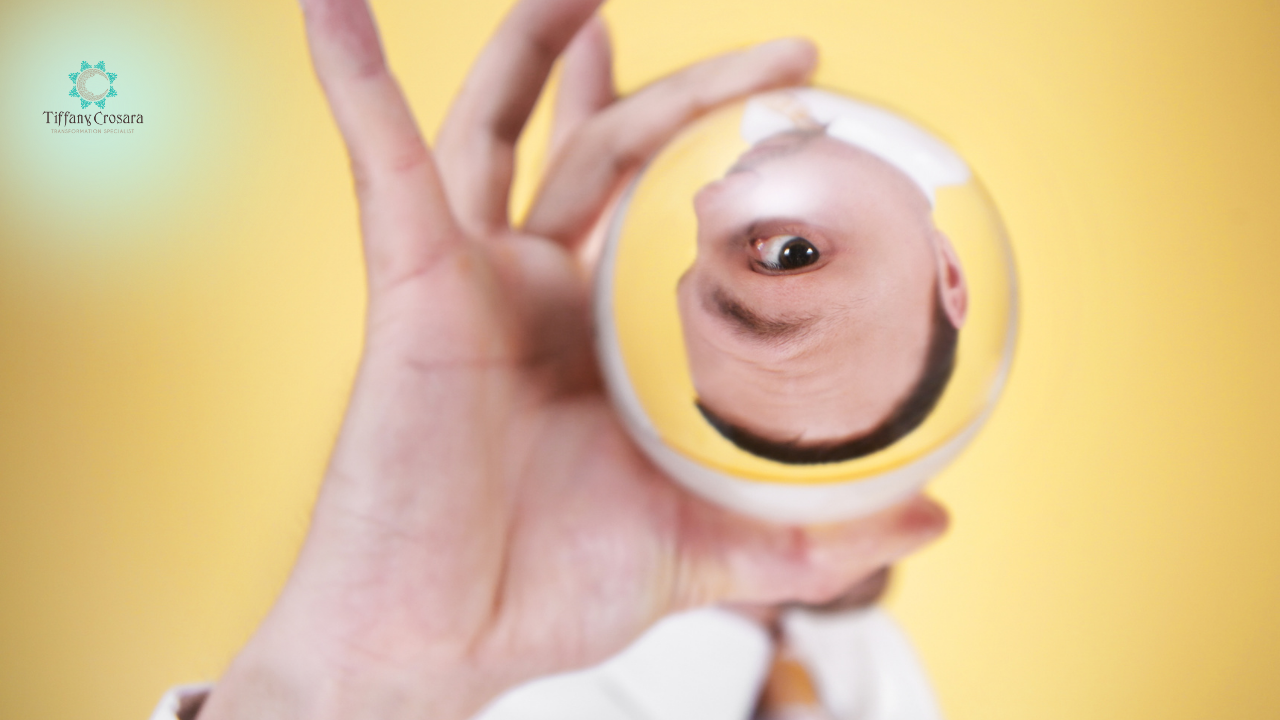 They think it’s a question to ask themselves rather than another and they confuse the HOW with the END result:

eg) I would really like to get my hair cut. How do you see that happening?

“I would really like to feel like you are on my team with me in looking and feeling my best, how do you see that happening?”

Here’s another example, it’s a real life one of me and my husband. If I say to him...

“I would really love to feel like we are living in a clean house together that feels like a lovely place to relax in, how do you see that happening?”

..It goes well, because I’ve envisioned the end result.

But if I say “I would really like for you to do the hoovering, how do you see that happening?”

…It doesn’t go well, because I’ve looked at the HOW instead of the END result.

I’ve looked at the HOW and now I look like a NAG! 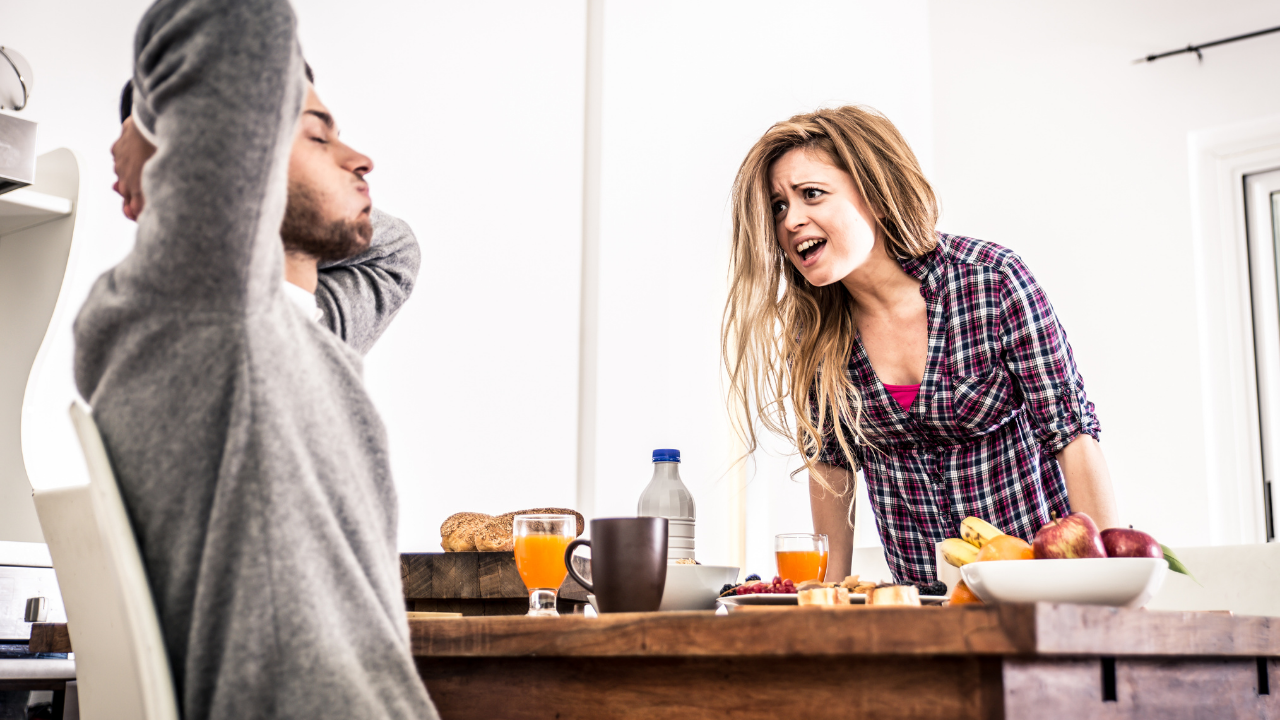 And so this million dollar question has 3 triggers for intuitives.

It takes healing these triggers so you can break through to number 3 before the magic can manifest but when it does it’s powerful.

Take Sylvie, Sylvie was stuck. She left her husband, but he wouldn’t sell the house.

He saw it as a way to keep her. For months she had been stuck in a disempowering battle with him.

But one day she cracked the million dollar question…

“I’d really love it if both of us felt supported to move forward in our lives now, how do you see that happening?”

The next day it was on the market - and the day after that it was sold! 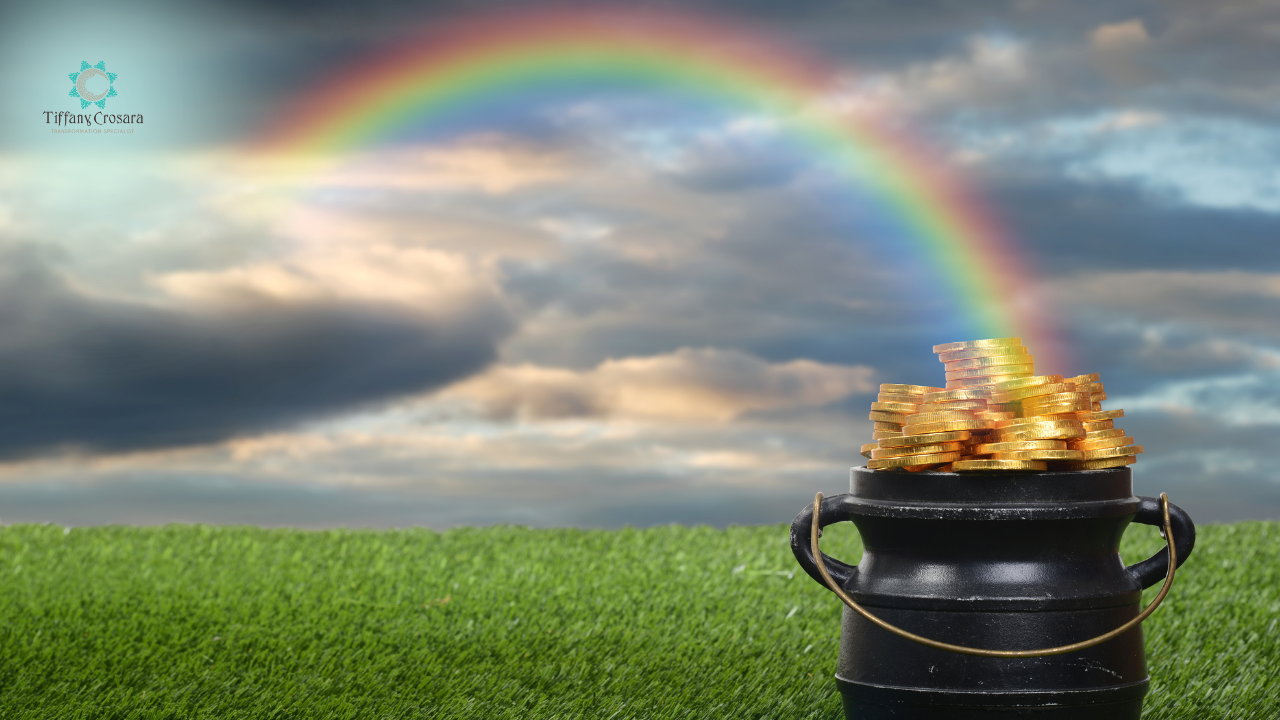 But it’s maybe not as easy a question as it first sounds.

I am in a similar situation with my Mum right now, who is going through the (e)motions of putting her home on the market so we can all buy a place and I can become her carer.

It’s clear that like Sylvie’s husband she is resisting the change, even though a part of her knows it needs to happen.

With Sylvie’s husband, it sounds like he’d worked through the change before putting the house on the market.

With my mum, it’s the opposite.

So at some point I may need to say to her “ I would really love to get in the place where the feeling of the sale feels like something full of light, excitement, adventure and magic for us all, how do you see that happening?”

I don’t mind telling you I am not there with it yet myself. 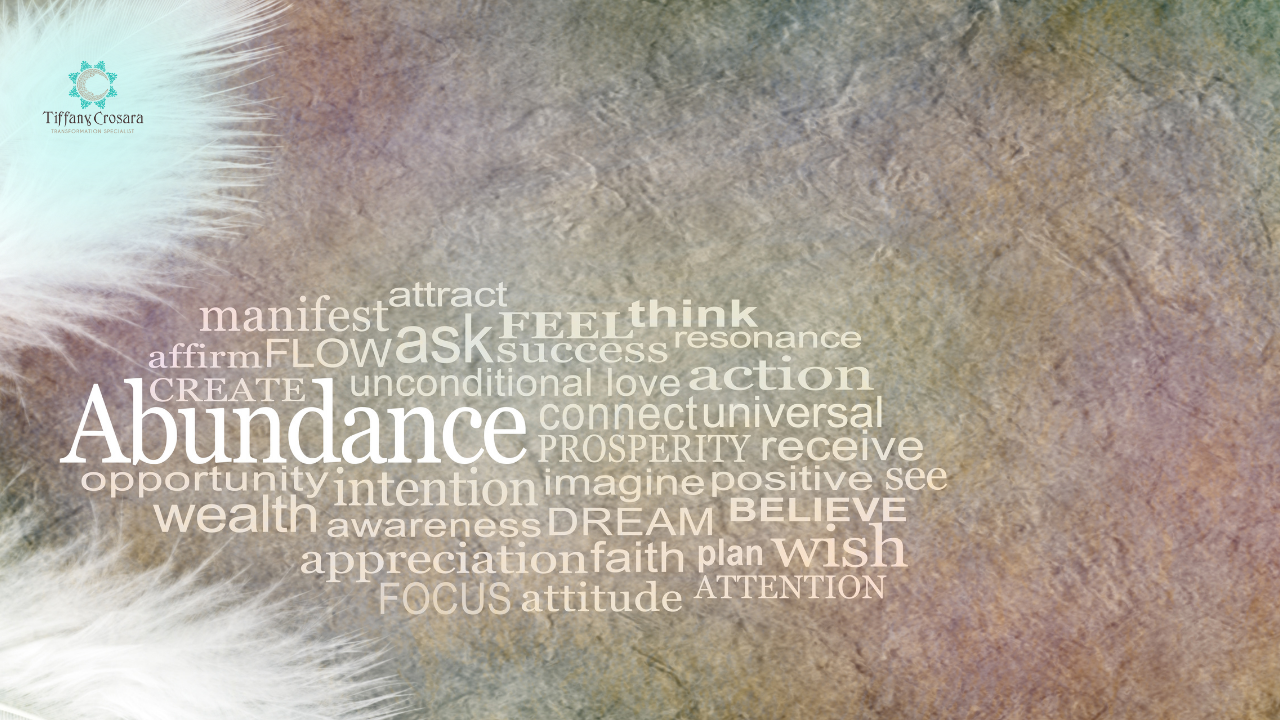 But still the process has still been magical because I had a realisation that no matter what happens...

At some point in the future, maybe not too far away, one way or another I will have a mortgage free home I can call my own. That’s MASSIVE for someone who has never had a home they can call their own, whose married to a Carpenter/builder whose never been able to own a home to get on the property development ladder.

And with that realisation I started to take my foot off the gas and ease up on myself for missing out on the mortgage trap and for pushing myself so hard.

Namely love for myself and the people around me, no more pushing. 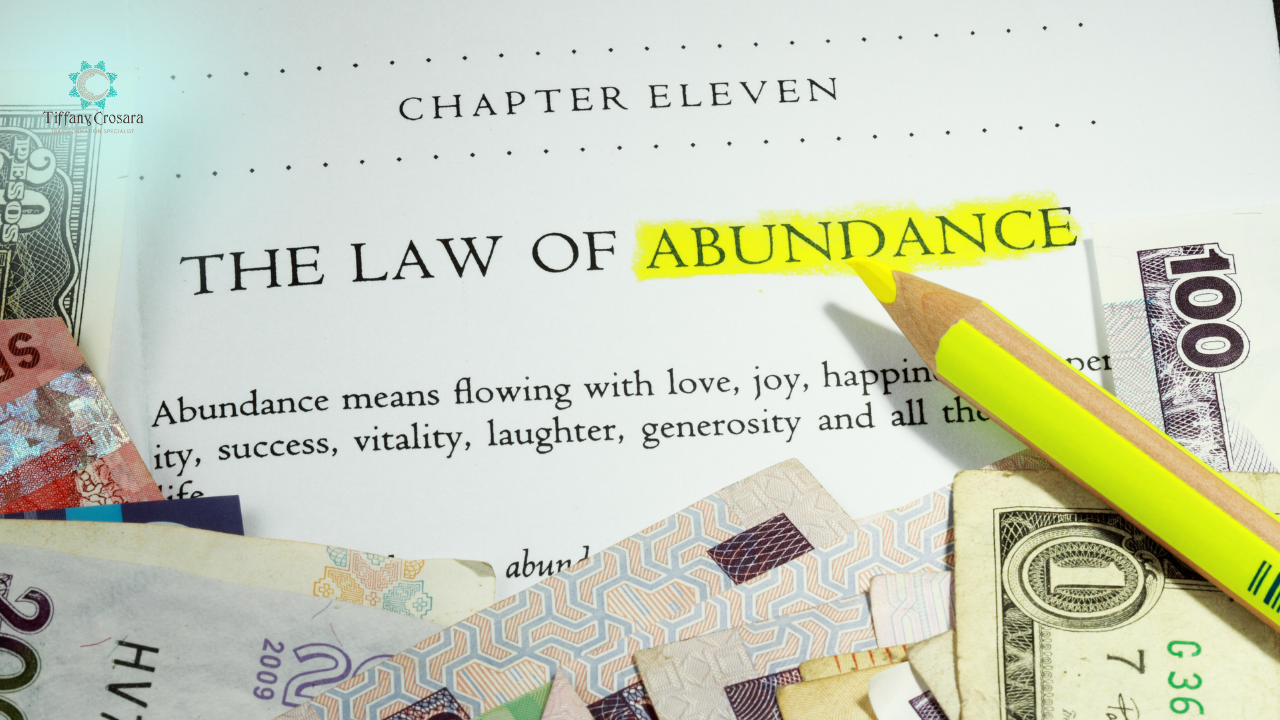 With that realisation I started to BECOME the person I need to be.

Whatever happens in the meantime is not the END result, it’s a HOW.

And I managed to bring the END result into the present NOW.

It’s an energetic shift in you that needs to happen first.

From a place of trusting, or even knowing, that the universe has your back.

But so many times we get wrapped up in the drama of not getting what we want that we ask in a way that perpetuates that.

Do you follow me? Why am I telling you this now? 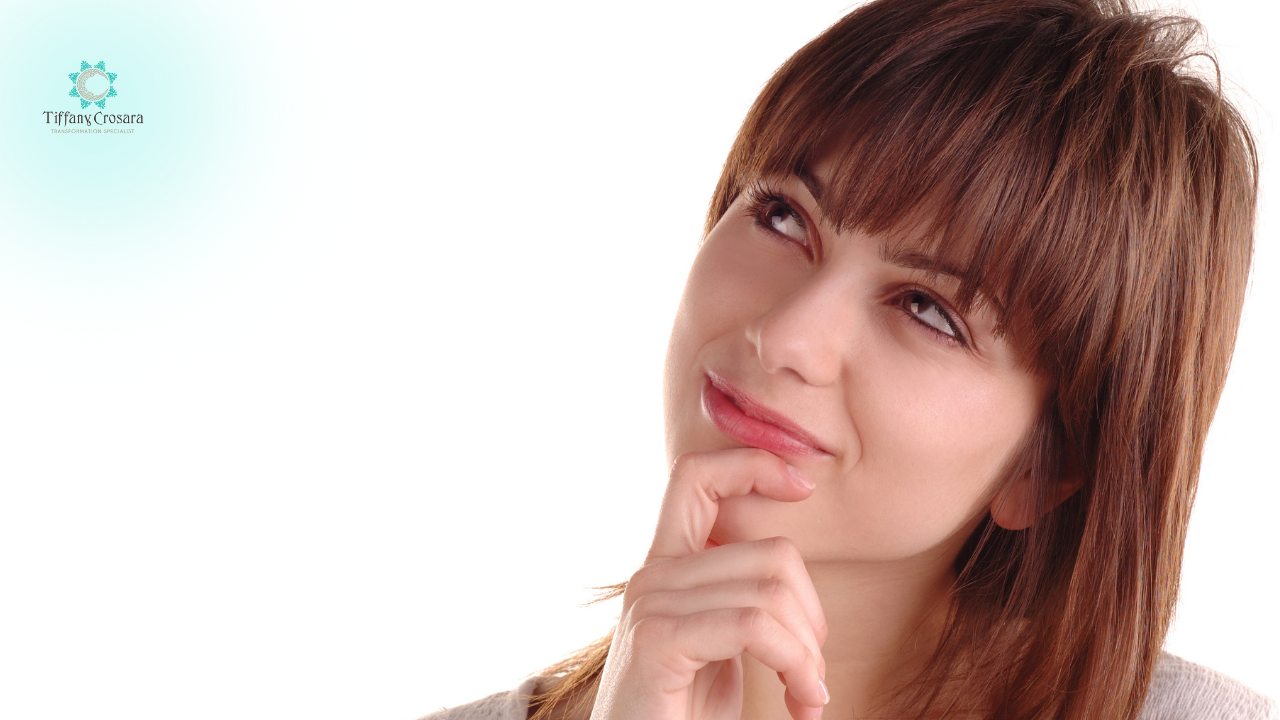 What does it have to do with the Aries New Moon?

Well - as ever, at this time of year, Aries time - it’s rebirth time. Time to draw a line under the old way of DOING (Aries is an ACTION taker) and burn through any old shadow Aries dynamics that make us demanding, controlling, petulant, immature or impatient hot headed self saboteurs.

Aries is a go getter with a magic wand, that genie in a bottle and it’s time to use it wisely. 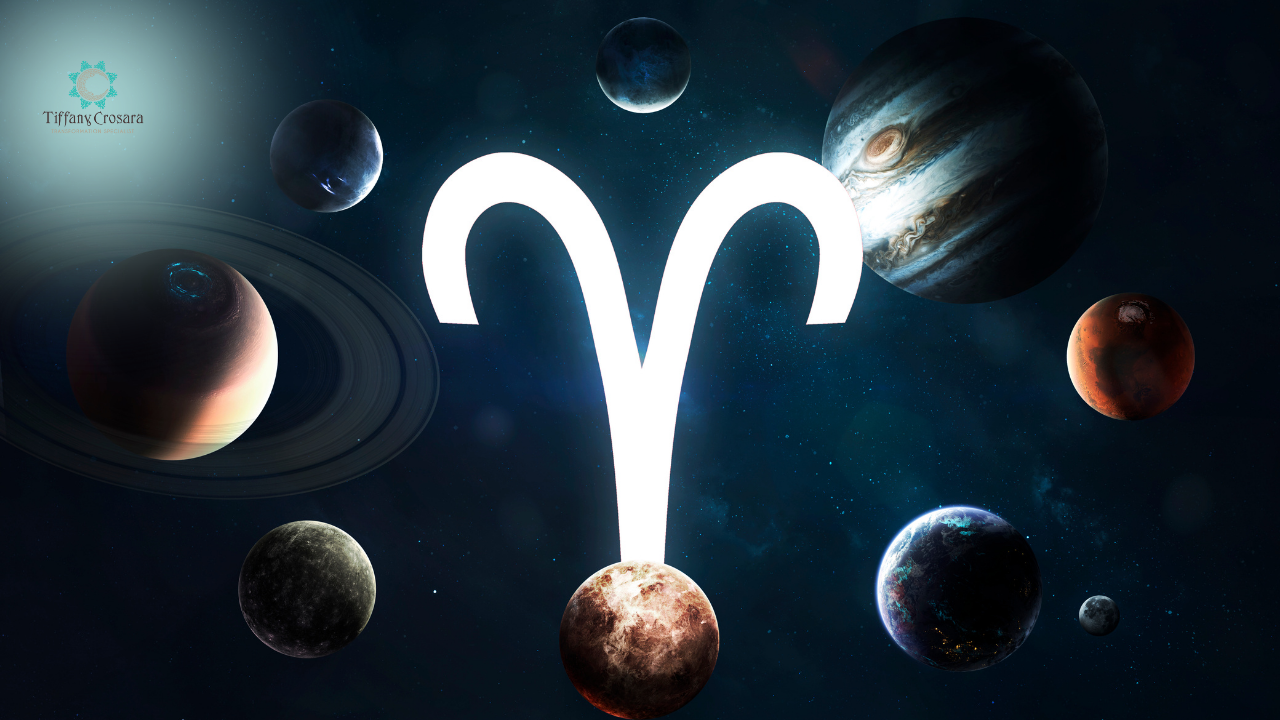 Particularly as this month we have all the planets moving direct.

It is time to open up to the rebirth of a whole new world for you, and that takes a whole new you. But it’s not something to be overwhelmed by, you don’t need to go into OVER DOING.

It’s not what you do but HOW you do it. 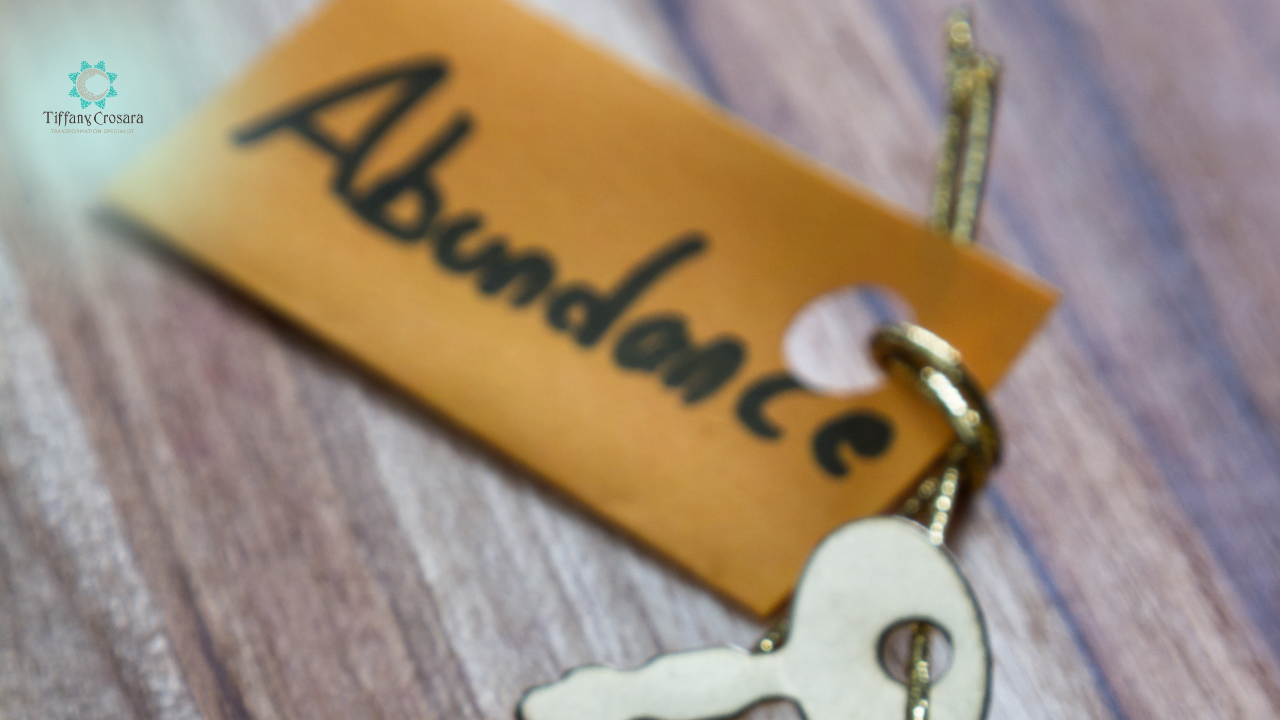 That’s where the HOW comes in for your manifestation.

Are you playing old self destructive tapes from an old paradigm? Or have you found an inner freedom?

I’ll let you into a lil secret….I have not taken a single day off all the time we have been in lockdown. I am an OVER DOER! Lol! Bet you didn’t know that?!

I did have a little breakaway one weekend when we came out of it in August, but the rest of that month was taken up with family care - which was just another reason WHY I had to work EVEN harder.

I may not be Aries but I am a fellow fire sign and that’s what fire does, it burns out of control.

Running wild it keeps going until it eventually burns out. 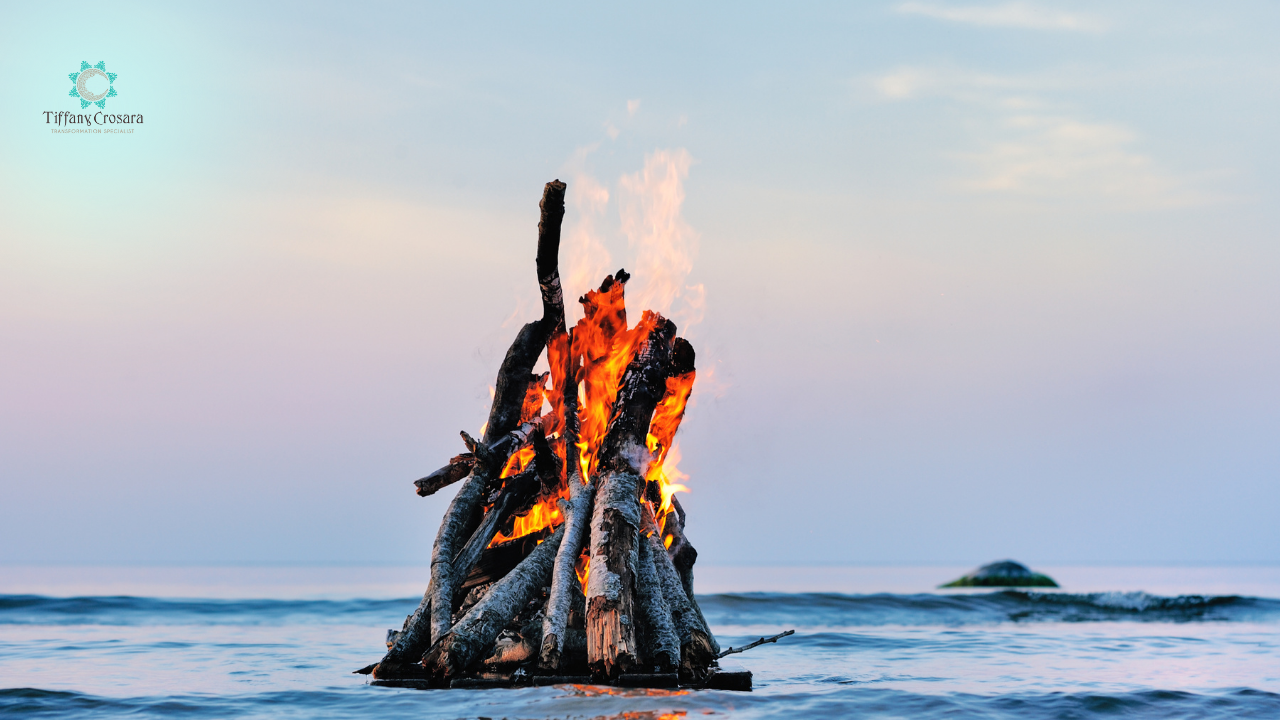 And that’s what happened to me in December. I burnt out.

The first quarter of 2021 has been about finding my way back to me, back to the real me who got buried by pushing. Have I managed to do less? No. Do I feel better? A million times.

Because it’s HOW I am thinking, feeling, allowing as I am doing. It’s in WHO I am being, that HOW I am rebirthing.

WHO are you being?

It’s time to die to the person you were, so you can become who you were meant to be.

It’s time to open up to the magic in the universe and all it wants to bestow upon you, and if you don’t believe me just…

Take a look at the Tarot for the Astrological placements of this New Moon.

First we have The Two of Wands ( Mars in Aries)

Looks just like lockdown eh? Now Mars officially left Aries on 22nd February, but still it doesn’t just shift like that, instead see it waning… Like lockdown coming to an end.

NOW we have The Three of Wands (Sun is in Aries) until 19th April.

We can feel the world starting to open up again, that life we want is on the horizon, and it’s time to open to it.

AND the Aries new Moon is happening in the decan that rules The Four of Wands so ARRIVAL of your new life, like the stork dropping it on your doorstep is particularly potent around the time of the New Moon.

Take note t’s not linear, it’s not like you’ll make a wish and it will happen. Well that’s not strictly true, Aries is pretty instant so maybe it will! I guess it all depends on how well you say those magic words :))

But generally these energies overlap, like waves, and if you are stuck in The Two of Wands current, the Three and Four can pass you by.

One focus point to help you is to have that million dollar question formulated at the time of this New Moon ready to ask before 10:32am on 12th - that’s the most potent time -but if it’s not in the flow, don’t force it, because that will only backfire.

Trust that divine timing will know when and your part is not to push it, but to muse on it 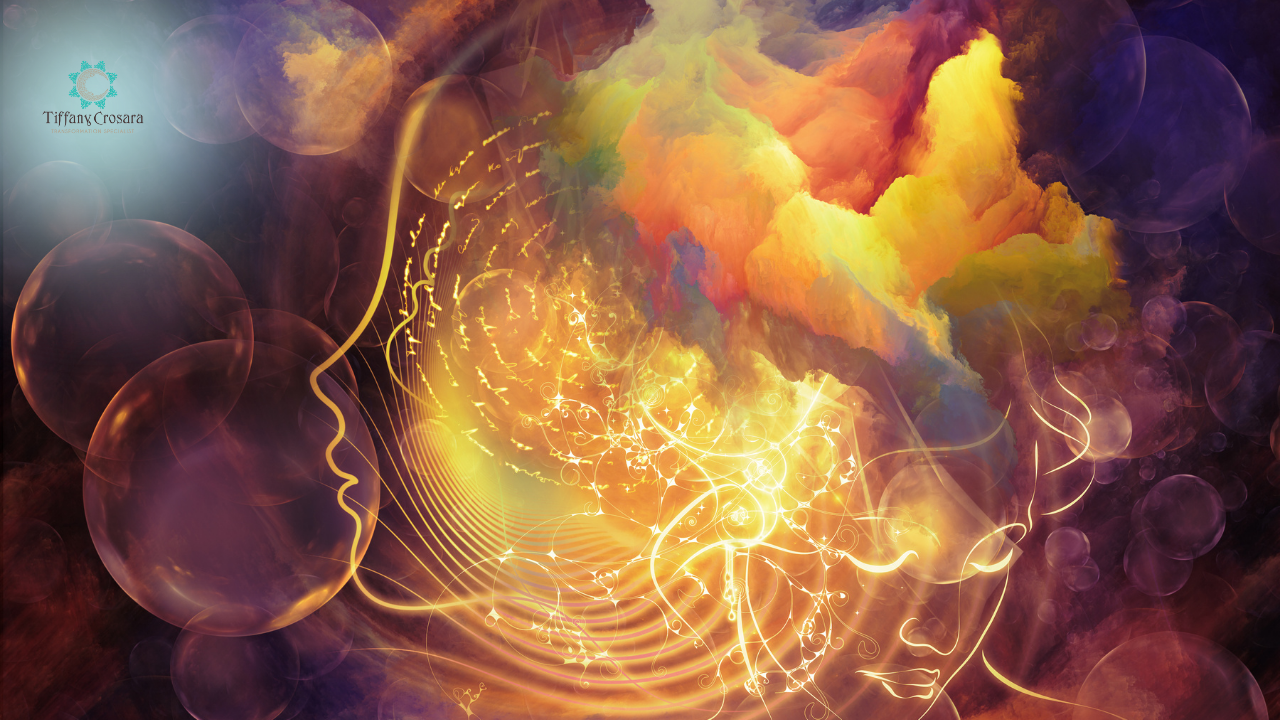 “I would really like (insert END result) how do you see that happening?”

It’s time to release the old ways of doing that keep you stuck, and open to a world where you know it’s time to Rebirth Your Worth.

If you are feeling like the new you, the one you are becoming, could do with some help manifesting from a place of ease and grace then you are invited to join my Manifest a Miracle a Month Community for 10 days to do so, we’d love to help you!

Which brings me to my invite to you this New Moon week. 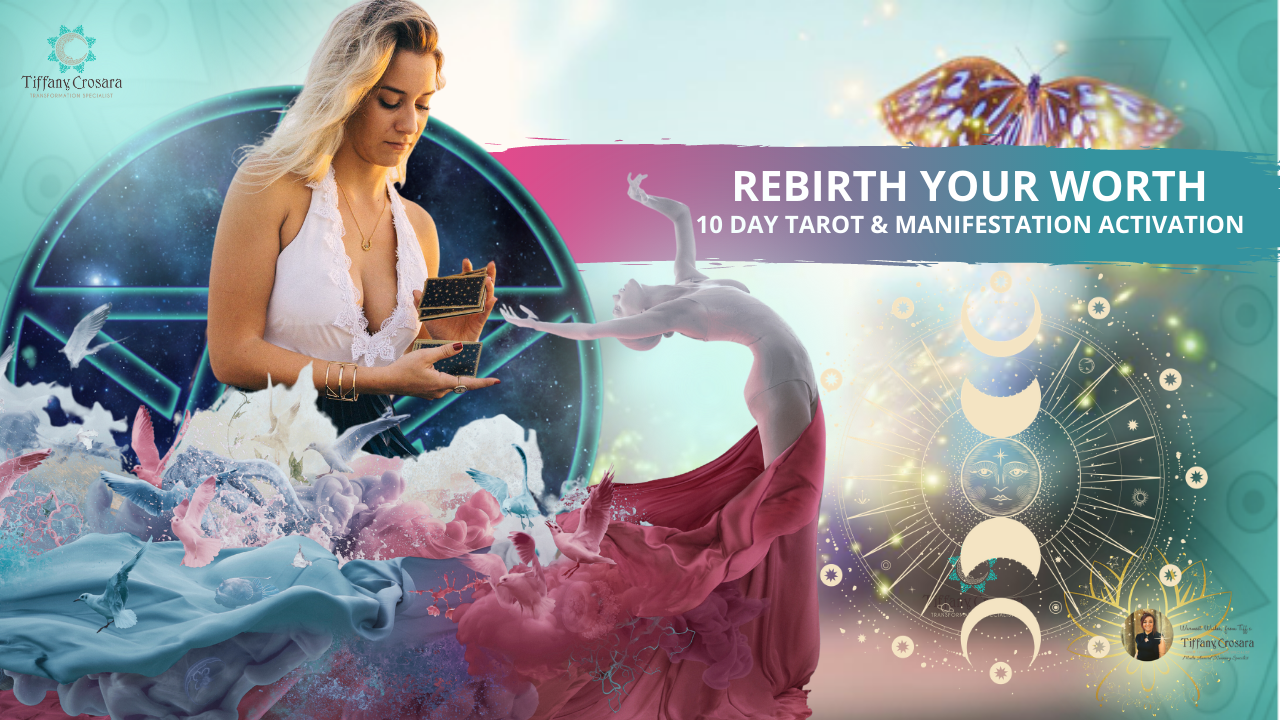 Wishing you a wonder-full moon